Elite Dungeons is a welcome addition to RuneScape content as it is something similar to raids in the way it’s done, but also suitable for players with less time and wish to do solo runs. The Dragonkin Laboratory has been out for a while and a lot of adventurers have already headed into the once secret dungeon and fought the monsters within it. If you haven’t done so already, whether you didn’t have time or didn’t know if you are up to the challenge, here’s a short guide of how it’s done.

For the Dragonkin Laboratory you will need:

Cleaning up the place

The action starts just after you enter the dungeon. You will see a magic barrier and to lift it up you will need to kill cave slimes. Though they look like sentient buggers, they can deal some serious damage if you’re careless. Same rules apply for every area separated by a magic barrier: kill the mobs guarding it and a barrier will be gone. There is no need to kill all the mobs to complete the dungeon, but if you only feel satisfied with achieving total victory, by all means, destroy as many monsters as you find. A piece of advice: try to lure enemies and get them as close to each other as possible so you can AoE them effectively. Those interested in the lore will also find books scattered throughout the whole dungeon and may wish to look around some. 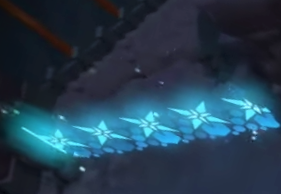 A magic barrier in the Dragonkin Laboratory. To lift it you must defeat the monsters guarding it.

The first boss in this dungeon is also the first celestial dragon. A result of an experiment, she is very unstable and aggressive and for this reason is being kept locked up in the laboratory. The very first encounter in the dungeon may arguably be the hardest one, so stay sharp!
Engagement:
Pot up (duh)
Deal damage to the boss until it begins its ability cycle
At first Astellarn will spawn a pulsar star somewhere in the room. You have to destroy the star because it will deal damage periodically
Later the boss will spawn a wormhole. Position yourself good and after it appears step aside for it will also do damage.
After the wormhole Astellarn will spawn a neutron star which will deal you 7k damage if it hits you. Lure it unto the wormhole and the wormhole will turn white. Once it does, stand on it. If you fail, boss can’t be damaged. You will always have to stand on the wormhole once it merges with a neutron star and turns white.
Another of boss’s attacks is that she summons raining stars on random quadrant of the room. You have to stand on the white wormhole during this phase in order to damage Astellarn and that’s why positioning the wormhole is important as because if you do this right (move it somewhere in between two quadrants) you will be able to damage the boss during that meteor shower attack. This is the last of Astellarn’s unique abilities. After that the cycle just keeps on repeating.
Always stay alert, especially when a neutron star spawns 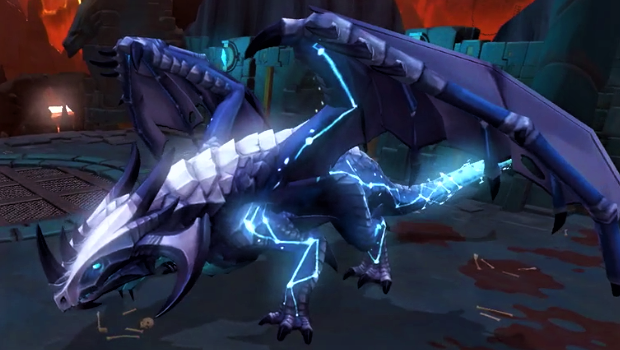 Verak Lith is a vicious three-headed dragon who looks like it came straight from a fairytale. And this time you get to be the hero in the fairytale who defeats the dragon. Luckily enough, this is a relatively easy engagement and once you get the hang of it, it can be done without using any food at all.
Engagement:
Pray protect from mage
Pot up
Verak Lith begins the fight with him slamming his tail against the ground. A spike comes up from ground (pray melee or resonate to avoid damage) and you can’t attack the boss until spike’s up, so you’ll have to destroy it. Make sure you’re not too close to the boss when spike is up so that you don’t get too much damage.
Next you will see a message saying: “Shock/ice/poison ricochet off you”. Green arrows will appear on the screen and you have to collect the highlighted item. A timer will appear above your head once you do that. If you have not collected the item or the timer runs, you will receive more than 10k damage.
One way of dealing with this is you have to pray protect from magic when timer is somewhere around half about half cast devotion then resonance.
In case your resonance is on cooldown you can collect element an element: ice, shock or poison. Look at which one shows up above your head and DON’T collect it. The trick is you have to pick any element except the one that’s above your head. Click “investigate” and the bar will be removed from your head and attack will be interrupted.
Then the boss will throw up a big ball of fire which then will shatter into several pieces. Avoid the little flame tornadoes that appear after that at all costs as they can ruin your day.
The last of Verak Lith’s attacks is calls in his buddy to get some air support. You will see a message: “A black dragon is about to swoop down”. An area on the field will be marked where the air support dragon is going to deal damage. Just stay out of it and expect him to come back some time later after he has refueled. 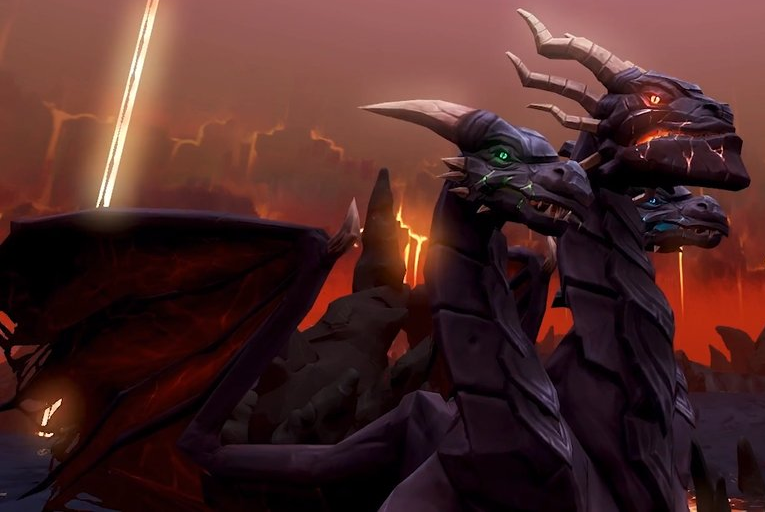 Black Stone Dragon is the worst of the experiments in the Dragonkin Laboratory and as in the case with Elite Dungeons: Temple of Aminishi, the last boss is a lot harder than the previous one’s combined. This encounter will also keep you running, dodging and yelling at your computer screen in case your sausage fingers fail you.
Engagement:
First phase
You can choose which way you want to fight. Either in close combat and praying protect from melee or you can kite the boss and pray protect from magic.
Spikes will appear from the ground that deal a lot of damage. Once they do, forget anything you were doing and just run.
Another of Black Stone Dragon’s attacks is that it shoots a cloud of black smoke at you. You can either try to soak the damage while praying protect from magic or avoid them.
Second phase
Four arms will spawn around a circle in the middle of which the boss will be chilling. Do not try attacking it as it will be futile – until all of the arms are destroyed the boss cannot be damaged.
These arms are no Thing and should not be joked around with. Stay out of the circle so you’re out of range. If you get too close, you will have to deal with more than one arm. Fighting a single arm, however, will be a piece of cake once you get some practice.
Once an arm slaps the ground it unleashed the same black smoke cloud attack the boss does.
If a cloud hits you the arms will spawn their mini-me’s similar to the ones in Temple of Aminishi, which will crawl towards you. Avoid these and you will be fine.
Third phase
Light blue flame appears and moves in a circle slowly closing in around Black Stone Dragon. During this time the boss is immobile and does not attack. You can get as close to the dragon as possible and DPS the hell out of it.
Just avoid the circle of flame and deal damage in peace.
Fourth phase
Black Stone Dragon jumps around the area for 10 times. Blue flames come towards you after each time it lands. Just dodge and you’ll be fine.
Last phase
Black Stone Dragon becomes reasonable again, lands on the ground and the fight continues. Attack cycles will repeat, so you’ll know what to expect. 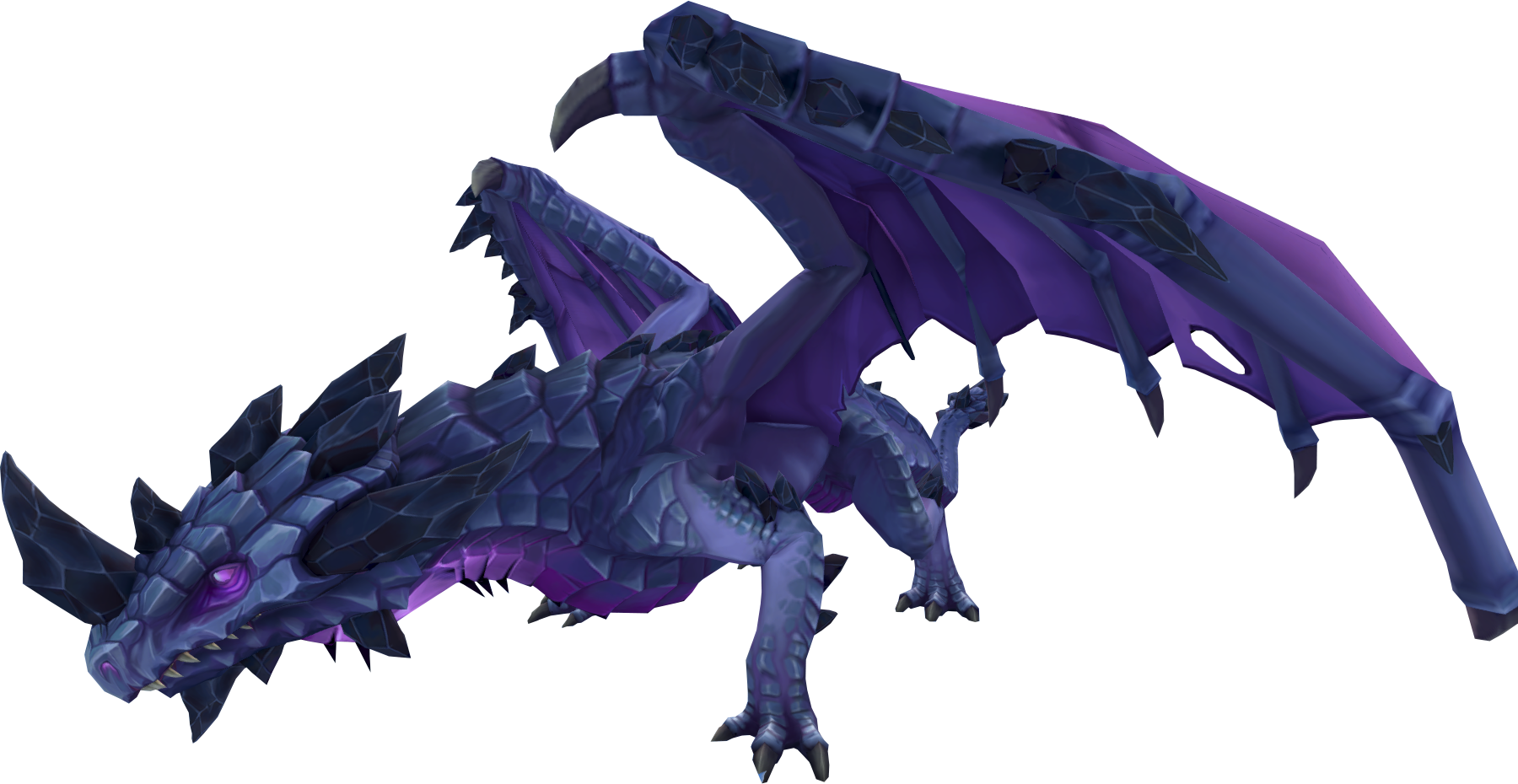 All this information might be a little too much to digest in one time, so make sure to also check out how this dungeon is actually done live. Remember: you can always leave the dungeon and get any supplies you might need. Your progress will be saved and you can use the chests inside the dungeon as teleport spots and turn-off autoloot during boss fights. We hope that you will find this guide useful and in case your membership has run out and you wish to slay some dragons, get some RuneScape gold. Do not let the lack of a bond stop you from enjoying the game!